This is another great milestone for American Technologies. This feature article not only acknowledges the work of 16+ years, but salutes the efforts of the company as a business.

A Salute to Minority Business Owners

It has become custom in technology circles to dismiss the Y2K scare as the alchemy of hyper-active minds and conspiracy theorists. But for Daniel and Marie Fowler, owners of American Technologies Inc., it warranted a total business model overhaul and family relocation,to boot.

Founded in the Washington, D.C., metropolitan area in 1995, American Technologies began as computer manufacturing company building personal computer systems and providing for computer networking, databases and custom software arrangements for clients such as The Defense Logistics agency and other non-profit/commercial entities.

“We decided to relocate to the metropolitan Atlanta area where we began to develop websites that were rich in animation, media and design,” explains Daniel. “These online platforms were then woven with HTML, Adobe Photoshop, Flash, and several other Intellectual Development Secrets.”

“It was a drastic change in scope because in the Metropolitan Washington D.C. Area, you’re dealing very heavy with politics, Military, NASA and Information Technology,” says Marie. “In Georgia, Black Businesses, Music, Film, and Entertainment Industry is all the rage. Everything is about visual effects and music. Everybody needs audition tapes, high-tech portfolios and media kits.” 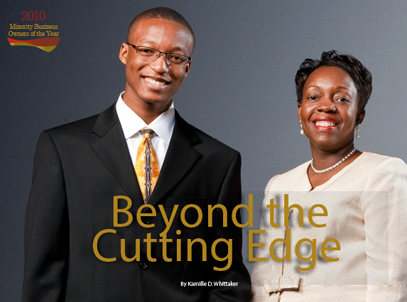 “Our key value is our full-service model which allows us to leverage core digital assets to a multiple media such as LIVE HD Media, websites, software development, design and television production all in one efficient process,” says Daniel. “We’ve developed Hi-Definition online media streaming methods keeping the cost down and maintaining high quality, all while increasing online access speed.”

American Technologies has also expanded all of its services in the areas of Conference Coverage and Vignette Productions, and increased the capacity to service a greater number of metropolitan areas around the nation.

In the works for early 2011, is the completion of the state of the art American Technologies Television Studio Facility. It will be used primarily for special effects production and local businesses that would like to produce HD content for worldwide distribution.

It’s all a part of the expansion plan, and all staff members have been briefed and synchronized, including resident hotshots Cori and Lawrence Fowler — American Technologies’ heir apparents. 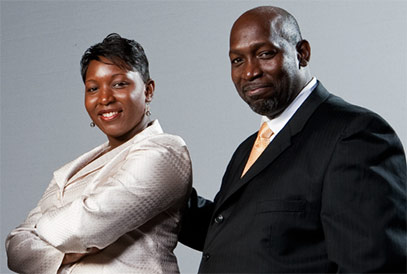 “We are a small company, so I pretty much have my hands in all the product lines that American Technologies has to offer,” says Cori, director of operations.

“My vision is to promote growth and help develop American Technologies franchises throughout the world with a corporate headquarters in downtown Atlanta; and also to fully integrate my siblings into the operational and management aspects of the company.”
And she learns from the best.

“My father is skilled in the trades so he teaches us on that technological level, but, beyond that, he teaches us about sales, marketing and general people skills. My mother instructs us on the art of business — how to secure different deals and follow through, and how to look out for certain types of clients and gauge their ability to engage in a mutually beneficial relationships. She also teaches us about financial prudence and the consequences of our decisions. We can’t just go out and purchase a $50,000 camera without asking the question of precisely how we plan on making a return on our investment.”

“We’ve always had leaving a legacy at the forefront of our minds. We started this business with very little income, and we didn’t just want to start a business only to sell it once it became profitable. We wanted it to extend to the children, from generation to generation,” says Marie. “We want to make it sustainable so that even when the economy is bad they don’t have to worry, they can take care of themselves. Fortunately they have major plans for the future of the company.” “But you know how the saying goes,” adds Daniel, referring to the chain of events that brought them to this point, “‘if you want to make God laugh, tell him your plans.’”