Maintaining strong family ties and establishing rock-solid values while building a successful company is a combo has made the Fowler family, founders of Atlanta-based American Technologies, LLC, prosperous and positioned for growth.

“Our work is not exclusively about money,” says Daniel Fowler, Sr. who co-founded the firm in 1995 with his wife Marie, the company’s CEO. “It’s also about purpose, relationships, and initiative. Its also about how we can better service the needs of our clients, our community, and the next generation.”

Community and family empowerment are ideals that Daniel adopted as the youngest of 15 children growing-up on the urban streets of Jersey City, New Jersey. By age 12, he had developed a passion for music and mixing, longing to be a disc jockey.

“My elder brother and I loved music very much. We begged our mother for some equipment, so she bought me an amplifier and my brother a mixer. While I was thankful, I longed for more electronics.”

Despite those humble beginnings, Fowler and his company certainly have no shortage of ‘High Tech Equipment’ today. With flagship multi-media products and services including high-tech video marketing presentations, rich media internet applications (RMIA), code based animated website development, and television and internet broadcasting, American Technologies is clearly “Beyond the Cutting Edge."

Even as a teenager, Daniel did not shy away from hard work getting his first job at age 15
loading motor bikes onto commercial trucks at a local factory. “The money from my first job allowed me
to buy some of the equipment that I wanted, but I didn’t like the constant supervision in that manual labor environment. I wanted a career in which I would be respected for my knowledge;
so when I returned to school that following fall, I had a brand new perspective on education.”
Fowler and school still did not always mix.

“I was smart in class but not really challenged or stimulated,” he admits.
“I’d cut school just to go practice my music mixing skills and wait for the weekend so I could entertain and earn money at the same time.” Chasing his dreams, Fowler expedited the high school process by earning his GED at 16 and enrolling in Jersey City State College later the same year.

During his freshman year, he participated in a six-month government technical program (CETA)
that taught him more about his passion - electronics.

After completing the program, Fowler received several job offers ultimately choosing to work
as a copier service technician for Highbeam Business Systems, a prominent African-American owned company in the New York Metropolitan area. “When I started working, I knew nothing about copiers;
but over the years, I learned a great deal while in the industry which greatly increased my mechanical, technical, and customer service skills.

They sent me to many corporate training institutes, and the profession allowed me to travel
from office-to-office daily, I have been formally trained on over 40 different manufacturer's products over the years, i.e. Canon; Minolta; Konica; Toshiba; etc.” he stated.

While in the corporate sector, he continued to pursue his entrepreneurial interests by working
as a DJ, soon adding the title of record producer to his resume. “I was a business professional by day
and in the fast lane by night,” he recalls.

Thanks to the latter, he began keeping company with a woman he had met at a New York nightclub. That relationship resulted in the birth of his first two children, Cori, 24, who now serves as Chief Operations Manager for American Technologies and Damien, 22, a solider proudly serving our country in the United States Navy. 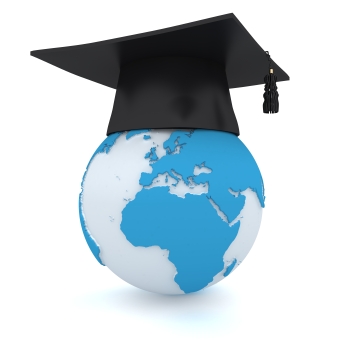 After 16 years in the copier industry, Daniel abandoned his job,
was awarded legal custody of his children, began collecting unemployment benefits and moved his family to Florida.

“When unemployment and my savings were depleted, I wound up on public assistance at the age 27,” he said. He remained on relief for three years, which allowed him the time he felt he needed to do the right thing, “Be a great father to the children.”

In 1993, he received an extraordinary breakthrough a businessman whom he had previously worked for.
The man offered him a position running the business office of Taurus Communications in Washington, DC.
He packed his belongings and his two children and returned north. According to Fowler, he was “traveling around the country selling copiers to churches and other organizations when my brother came to live (and travel) with me. At that time, he had built a fancy computer system and brought it with us as we toured the nation. People suddenly started buying our computers frantically. That concept and initiative sparked a foundation for what is known today almost 2 decades later, as American Technologies.”

Putting it all Together

In December of 1994, Daniel was introduced to a Haiti-born single mother named, Marie.
After a month-long whirlwind romance, the two were married, their prior children became siblings and they began to build the family unit.

Within months, and with only $300.00, Daniel and Marie began American Technologies.
“We initially began to manufacture computer systems and did well with that for the first five years until Y2K hit and contracts began to dry up,” said Marie. Still,

the Y2K era proved to be a mixed blessing for the fledgling business that would soon revolutionize power-point style presentations.

“A client had enlisted our services to enhance his Power-point presentation, I thought, ‘why not read what we have to say into a microphone, add music, graphics, text and animation and make a more powerful impact to your business audience.’”

Though slow in catching on, the popularity of the format resulted in American Technologies landing contracts with Hewlett Packard, several colleges and universities and a plethora of other non-profit and for-profit companies.

In 2001, Daniel and Marie decided it was time to leave the Washington, DC area.
“Dan and I looked north toward New York and then we looked south.We decided to head south and found a home in Atlanta. We moved here virtually homeless and knew nobody,” Marie says.

A Father’s Day gift of a broadcast-quality, digital video camera from his wife more than a decade ago allowed Dan to add video streaming to American Technologies’ offerings. That new product was actually inspired by a request from the 100 Black Men of America, one of the firm’s long-term clients. With the success of webcasting for the “100”, many others have begun webcasting their conferences, meetings, and other special events through American Technologies.

The success of American Technologies has allowed Dan and Marie to fully involve their six children in the knowledge and benefits of the "best practices" associated with the day to day scenarios of this type of business. More specifically; teaching their children the “nuts and bolts” of computerization, Dan and Marie have carefully instilled other responsibilities such as; managing money and philanthropy.

Preparing the Next generation

Daniel Sr. moved to the top levels of technical expertise, and the children are doing exceedingly well.
While his son Damien is living out the family’s core values and patriotic commitment by serving as an aircraft mechanic in the US Navy, the other Fowler children are learning or working directly in the business.
Cori, oldest of the Fowler offspring, has been building computers since the age of seven. “At first it was just something to do,” said Cori, now 24.

“Now it’s my passion as well. My father teaches us everything about the business; so much of what he used to do,(like editing)we can now all do. now.”

Daniel looks at his own personal life and the 16 plus years since he and Marie created American Technologies and is thankful to his Creator.

“Although we are experiencing some levels of prosperity, our best and most successful days are yet to come.” A state-of-the-art television-recording studio is under construction and their growing list of clients includes the Atlanta Business League, the Economic Empowerment Initiative, Patchwerk Recording Studios, Atlanta Technical College, the Dallas Austin Foundation, Prentice Properties, West End Medical Center and many others. I believe that the next three years will bring for them an extraordinary degree of expansion. Most of their business has been repeat and through referrals. People don’t typically refer a business unless they have an exemplary product.”

In full acknowledgement of the powerful word “family,” I understand why American Technologies has chosen the motto to be, “Beyond the Cutting Edge . . .”